We all have a passion...music is mine. 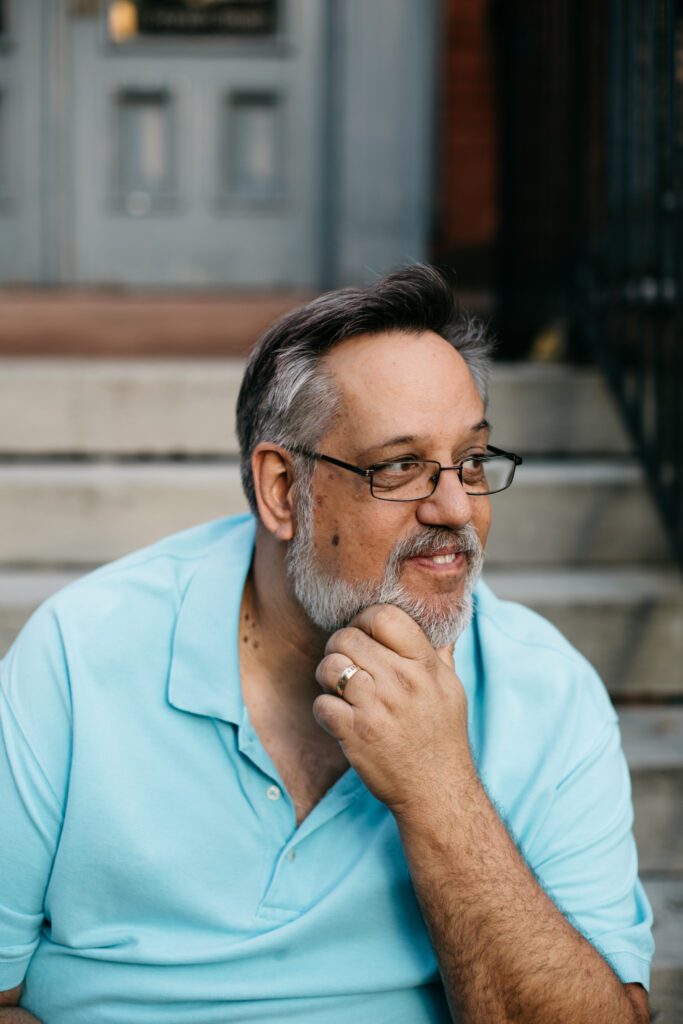 I tried to ignore it, tried to put it in the background. Music was just going to be my hobby, something I did on the side while I was earning a living as a computer programmer, and I was going to be content with that. One day I just couldn’t deny it any longer. Composing, arranging and playing music was what I was supposed to be doing all along.

I started playing at the age of 15, kind of late but wanted to be like my older brother who was a really good musician. No formal lessons, learning to play by ‘ear’, learning to read a chord chart and knowing what notes on the piano to play. I would hear the accompaniment on the record (yes I’m that old) and then be able to play it on the piano. It wasn’t until 2 years later that I started formal lessons but only took for a short time because high school graduation was coming up and, who makes a living in music? Time to study to become a computer programmer.

Off to college I went to learn how to make computers do what I tell them to. But as much time as I spent in the computer labs, I spent the same or more time in the music buildings. I ending up taking a minor in music. I found myself playing for some of the theater productions and playing in the Jazz ensembles. I even took an independent study with the Chair of the music department and composed and arranged songs for the Jazz Ensemble.

Music was always there, always poking at me, calling me.

After graduation, I started my career as a computer programmer but, once again, found many opportunities to use my music. I was the leader of the Buffalo Jazz Band, I helped many local musicians and songwriters with their studio projects, and was the music director at local churches where I did arranging for both choir and orchestra. The theater world was calling me also. I was the music director for over 20 local productions including the creation of the “Irving Berlin Christmas Show” in which I wrote over 20 arrangements of classic Irving Berlin songs.

Podcasting was starting to gain interest and, because of my love of ‘all things Disney’, I was asked to write the theme songs for several Disney related podcasts including the award-winning WDW Radio Show podcast.

After 30 years plus in the technology field, I could no longer ignore that music was my one and only passion. So I decided that the time was right to start to transition from one career to another. I became a student at ThinkSpace Education to further my skills in Cinematic Orchestration and Music for the Media. My compositions and arrangement have been reviewed by Film and TV composers to very favorable reviews.

There’s been nothing more satisfying than writing music and fulfilling your true passion.

So if you’re looking for new music from a ‘new’ artist, please take a listen around. I’m sure you’ll find something that will connect with you. Please subscribe to the mailing list. My friends on the mailing list receive early notifications of new music, discounts for purchasing music and access to exclusive music.

If you’re looking for new music for a project you’re creating, I’m here to help. I offer a free, no-obligation consultation to get the conversation started. Just click the link below.

Thanks for taking the time to read this and to visit the site.